In Memory of Robert L. Mackey

I met Bob in 1971 when I started flying at Jamesburg with the Tri-County R/C Club. Over the years Bob and I both served as officers in that club.

During the 70’s and early 80’s we participated in many R/C Pattern events in the area. We had a mutual friend and club member who had a motor home and we often travelled as a group of 6-8 guys to various events. Sometimes it was nice weather and sometimes rain, and once even green head flies tormented us too!

While most of our little group struggled in the novice class Bob was advancing quickly and often placing in the top 3 competitors in what was then intermediate pattern.

In those days we all flew single stick transmitters. Many of your often marveled at one of his that he flew up until recently when he did bring one to the field. I feel honored to have some of his Single Stick transmitters now and will shortly get them rebuilt and brought up to modern standards so I can continue to use them as they will remind me of my good friend.

In addition to this pattern experience Bob was also devoted to flying at Reinbeck for the annual WW-I Fly In. He was a regular for over 40 years. I think he was very depressed because he missed the 2010 edition of the event due to his illness. I attended the WW-I event several times over the years and it always was a pleasure to spend time with Bob and his wife Joyce at one of those events. In the early days we had a gang of folks who would gather up there on Reinbeck weekend. I’m not sure if we went to fly or to just be together. I’m happy that I did get there to fly with him at the 2009 event.

Bob was one of those guys who was always a gentleman and gentle-man in every way. His demeanor was one of ‘what you see is what you get’ and he was always there to help anyone who asked.

Bob’s modeling skills were exceptional. He was always turning out interesting projects that were ‘different’ and some unusual – the workmanship was first class and most (not all) flew exceptionally well.

If you had a chance to go into his shop at home you would be amazed to see that the man had few special tools and almost no power tools. Most of what he did was his own manual effort and ingenuity with just his hands and personal skills.

While I knew Bob for 40+ years we became closer friends over the past few years enjoying the company of both Bob and his wife Joyce. I am glad I knew him and already sorely miss his presence and company.

May he rest in peace. 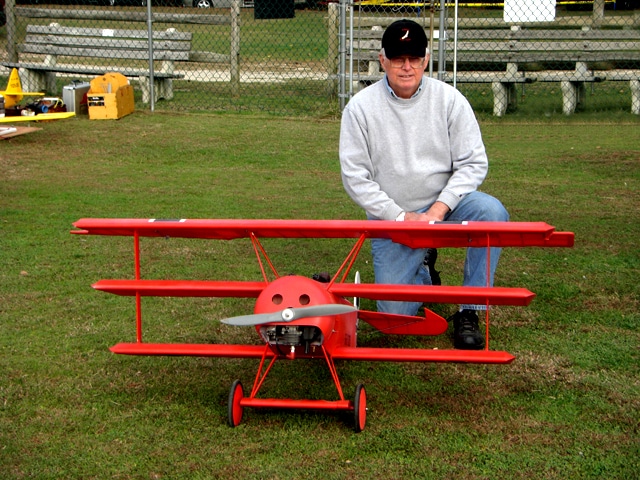 Robert “Bob” L. Mackey, of Howell, NJ passed away on November 30, 2010 at the Jersey Shore University Medical Center in Neptune, NJ. He was 72 years old. Born in New Brunswick, he lived most of his life in Milltown, then moved to Myrtle Beach, SC and more recently to Howell, NJ. He had worked for the NJ Turnpike Authority until 1960 and then worked as a Mail Carrier for the US Post Office for 33 years. He retired in 1993. Bob built and flew model planes all his life. He was a Charter Member & member of the Tri-County Radio Control Club for 43 years. He served as President several terms. He was also a member of the Jersey Coast Radio Control Club. Bob was an avid sports fan, especially the NY Giants. He had been a Youth Basketball coach in the 1960’s. He was a lifetime member of St. Paul’s Church in Milltown, where he had served as a deacon. Predeceased by his parents, the late Lewis and Constance Mackey, two aunts and one uncle, he is survived by his loving wife of 42 years, Joyce (Sinko), an Aunt, Joyce Blain of Thatcher, AZ, two cousins and many wonderful friends and extended family.